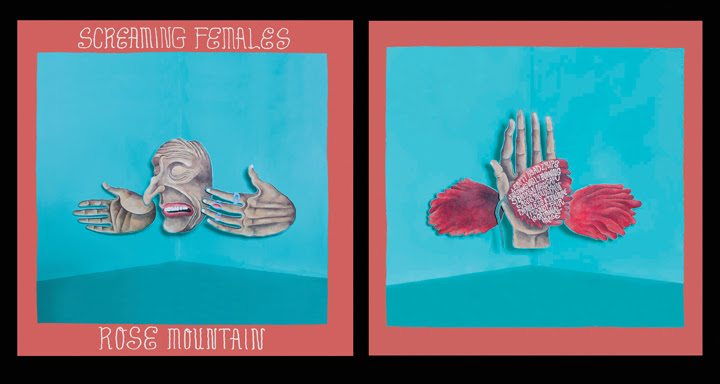 New Jersey DIY-punk trio Screaming Females is gearing up to drop their sixth LP Rose Mountain . In it the band hopes to explore a more streamlined sound, pushing vocals and lyrical themes to the forefront but without losing their signature raw intensity.

In 2013 frontwoman Marissa Paternoter wrestled with chronic mononucleosis, which put the band’s creative process temporarily on hold. During this period of frequent doctors’ appointments, she became fascinated with sterile color palates of medical offices.This inspired both Rose Mountain’s album art as well as its lyrics . She explains, “A great deal of the lyrical content is about my experience with illness, navigating the bureaucracy of the American healthcare system, feelings of dysphoria and abandonment in terms of a relationship with my physical body, and my emotional fragility in the throws of sickness.

Paternoter also has announced her second collection of artwork, Naked Under The Arch released a 40 page professionally printed booklet on high quality paper. It is available now as a limited edition, signed and numbered run of 100 for mail order only. The release of the book is celebrated by a month long gallery show at Gush in Philadelphia, with an opening on February 13th.

Listen to the new single off of Rose Mountain, “Criminal Image” below.

The band will be touring to promote the album starting with these dates in February.