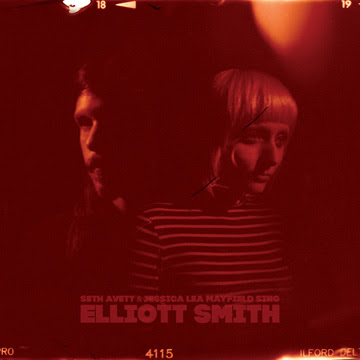 A relationship with, and a love for the songs of Elliott Smith is a feeling shared by many.  Avett and Mayfield are among those who view his music as an under-celebrated body of work, reduced by some to a footnote in the canon of 1990’s alternative rock.  However, for any lover of music who may appraise his work in a dedicated way, the beauty and depth of it is crystal clear.  For Seth Avett and Jessica Lea Mayfield, the nature of this album distinguishes itself as a labor of love, more pronounced in this respect than anything either has previously recorded.  At the heart of a genuine musical interpretation, there must be an emotional connection.  In this regard, the care and feeling for the music is apparent, even from the first moments of the opening track.

Aesthetically, the record is defined by simple vocal harmonies, bare instrumentation, and an approach that takes its time.  Avett and Mayfield’s voices play against each other in a natural and effortless manner, giving Smith’s darker themes a new and bright dimension.  In a commercial landscape where albums are made for the sake of selling, Seth Avett & Jessica Lea Mayfield sing Elliott Smith is an anomaly, a collection of songs recorded for the sole purpose of saying thank you; a gesture of musical gratitude for an original voice, one which so brilliantly whispered such beautiful melodies.
Have a look at some behind the scenes magic below.
Seth Avett and Jessica Lea Mayfield will tour in 2015 to support the album; dates will be announced shortly.
Track listing:
1.   Between the Bars
2.   Baby Britain
3.   Fond Farewell
4.   Somebody That I Used to Know
5.   Let’s Get Lost
6.   Twilight
7.   Ballad of Big Nothing
8.   Angel in the snow
9.   Pitseleh
10. Angeles
11. Roman Candle
12. Memory Lane